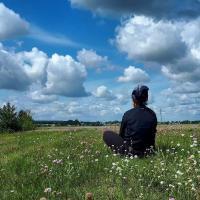 The 9N-AJB aircraft chartered flight had taken off from Nepalgunj to Jumla at 12:16pm onboard 11 people, including 2 crew members.

The eyewitnesses said that the plane went into a steep descent and crashed nose-down.

Nepal Army spokesperson Brigedier General Tara Bahadur Karki said that a joint team of Nepal Police and Army are on their way to the accident site.

Karki informed that the rescue team will reach the site within one to one-and-a-half hour time.

Nepalgunj Air Traffic Controller has suspected that some passengers may have sustained major injuries. Helicopters from Pokhara and Nepalgunj are ready for rescue operations.