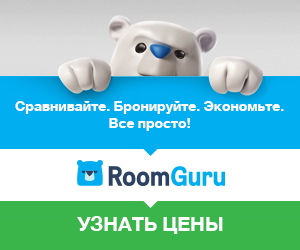 You talked about the age of Krishna in the previous thread . Here are the facts from different puranas and Mahabharath chronology written by Ved Vyas ! --

Birth (Appearance) at midnight of Shravana Day 8 of Krishnapaksha (celebrated as Janamashtmi) to Devki in a prison cell (July 19/20, year 3228 BC)
Shifted from Mathura to Nanda and Yashoda in Gokul by Vasudev, where he stayed for 3 years in Gokul!      Eliminated Pootnaa, Shakataasura, Trinavarta demons.
3 - 6 years
Moved to Vrindavan
Eliminated Bakaasura, Aghaasura, Dhenukaasura
Moved to Nandagram
7 - 10 years
Brahma steals and returns cowherd boys
Govardhan Pooja
Played RaasaLeela with the Gopis
Taken to Mathura for wrestling match by Akrura
Eliminated Chanura (Balaram Eliminated Mushteeka)
Eliminated His uncle Kamsa (Balaram Eliminated Kamsa's brothers)
10 - 28 years
Lived in Mathura
Intiated with Balaram into chanting GaayatriMantra by Gargamuni
Instructed with Balaram in the sixty-four arts by Sandeepaani Muni.         protects Mathura from many demons, defeated by Jarasandh and to save the people and his Yadava clan he shifted base from Mathura to Dwaraka .
29- 125 years
Establishes kingdom in Dwarka
Marriage to Rukmani and 7 principal queens[ in every purana and in Mahabharatha they stated that krishna brought the bride to Dwaraka , not married when he was in Mathura .
Marriage to 16,100 princesses
1,61,080 sons born to Krishna
Speaks BhagvadGeeta at Kurukshetra Battle (~90) (3138 BC)
Saves King Parikshit in the womb
Instructs Uddhav
125 years
Disappearance on February 18th 3102 BC[ this is from one source ]

This is the life sketch, the timeline of Sri Krishna from the Bhagavata Purana, more authentic and clear -

Appearance on the Earth (i.e. Birth) :

Appearance of Shri Krishna, at Midnight of Shravana Month, Rohini Nakshatra (Star), (approx. July 19/20, Year 3228 BC) from the womb of Mother Devaki (as eighth son) at the prison of Mathura in the Vrishni Clan of Yadavas

Note: Prior to Shri Krishna's appearance Garbha Stuti (prayers) offered by Lord Brahma, Lord Shiva and various other demigods towards the womb of Devaki

Shri Krishna was taken by Vasudeva from Mathura to Gokul, where Nand Maharaj and Yashoda Mother were living.

Mother Yashoda tried to bind Shri Krishna with rope, famously known as Damodar Lila (One of the best Lila of Devotion)

Deliverance of the Yamala-Arjuna trees from which Nalakuvera and Manigriva came out, the two sons of Kuvera

Nand Maharja and elders for Gokul decided to leave Gokul and move to Vrindavan, due to lots of disturbance by demons to Shri Krishna

6-10 years age (Vrindavan and then entering the Mathura around 10 years age) :

Killing of Dhenuka Asura by Shri Krishna and Lord Balarama

Shri Krishna punished the serpent Kaliya for contamination of Yamuna rivers' water with poison, and also performed the divine dance on Kaliya,

Shri Krishna saved the cows and cowherd boys from the great fire of Munjaaranya forest by swallowing the fire.

After that, the Raas-Lila between Shri Krishna and Gopis commenced, which is the Ultimate Pinnacle of Divine Love & Devotion.

Akrura came to Vrindavan to bring Shri Krishna and Lord Balarama to Mathura for participating in bow sacrifice and wrestling match on Kansa's request.

Shri Krishna and Lord Balarama went to Mathura along with Akrura.

After Kansa was killed, Shri Krishna made His maternal grandfather Ugrasena as King of Mathura.

Shri Krishna and Lord Balarama went to live with Saandipani Muni at Avantipura for higher education.

The spiritual master Saandipani Muni instructed both Shri Krishnaand Lord Balarama, detailed knowledge of Vedas, Upanishads, Upvedas; along with that all other sixty four traditional arts.

As Guru Dakshana Shri Krishna and Lord Balarama brought back the son of their Guru Saandipani Muni from the clutches of Yamaraja.

Shri Krishna asked His dear friend Uddhava to go to Vrindavan and console Nand Maharaja, Yashoda Maa and gopis, who might be in distress due to their separation from their beloved Krishna.

Shri Krishna kidnapped and married Rukmini on her request and other seven principal queens including Satyabhama, Jaambvati etc.

Pradyumna born of Shri Krishna and Rukmini as son

Shri Krishna killed demon named Narkasura, and then married to thousands of maidens kidnapped under the demon.

Narad Muni offered prayers to the Shri Krishna, after he visited household pastimes of his beloved Shri Krishna

On Shri Krishna instruction, Bhima killed the Jarasandha to fulfill the wish of Yudhistra to perform Raajasuya Sacrifice

Shri Krishna worshipped His friend Sudama, who came to His palace seeking charity and then He blessed him with lot of wealth.

Shri Krishna asked Arjuna to kidnap His sister Subhadra and marry her.

More than 160,000 sons and daughters born to Shri Krishna from various wives.

Shri Krishna went as Peace Messenger to Hastinapur to avoid the War between Pandavas and Kaurava. Dhryodhan closed all the door of peace, and Mahabharata War took place in Kurukshetra.

Shri Krishna become charioteer of Arjuna in the Battle of Mahabharta and Bhagavad Gita was taught to Arjuna in Kurukshetra.

Shri Krishna helped the Pandvas to win the Dharma Yudh.

Shri Krishna saved the Prakishit in the womb of Uttara (wife of Abhimanyu) towards the end of war, from the Brhamastra of Ashwathama. Prakishit later on become the great devotee of Shri Krishna and listened Shrimad Bhagavatam from Sukhdev Goswami.

Shri Krishna gave His final teaching disclosure to His great friend and devotee Uddhava, which is referred as Uddhava Gita (Hamsa Gita)

Shri Krishna after watching self-destruction of Yadhuvanshi went to forest near Somnath, in Bhalka Teerath for meditation. A hunter namely Jara, mistook the Shri Krishna's feet as deer eye and accidently shot an arrow towards that, (that part of Shri Krishna became weaken by the warrior Barbarik before the Mahabharata War)